Since multiple sclerosis is a lifelong condition, the diagnosis should made with only high confidence. Once the diagnosis is made, early and sustained treatment increases the chance of living well and lowers risk of worsening disability.

Since no simple blood test exists, multiple sclerosis can be challenging to diagnose. Sometimes an individual has classic symptoms and MRI scan findings, leading to a diagnosis within a few days. Other people may have recurrent symptoms for years that were attributed to other conditions. This section provides an overview of the key elements of diagnosing MS.

Since MS can affect the brain, spinal cord or nerves to the eye (optic nerves), various neurologic symptoms occur. Some people only experience a few of these symptoms over their lifetime while others have dealt with numerous symptoms. At the beginning of the disease, approximately 85% of people living with multiple sclerosis experience attacks (also called relapses or exacerbations) of neurological symptoms often lasting days to months. Individual attacks can be separated by months or years.

An important part of the diagnosis is a thorough neurological exam. Thinking (cognitive) problems including short-term memory loss can be detected on a series of questions the doctors may ask. For example, remembering 3 objects at 5 minutes. Vision will be closely checked including eye movements. Facial sensation and presence of facial droop will be evaluated. Muscles in arms/legs will be examined for weakness and stiffness. Often reflexes in MS are overactive or brisk, rather than lost. Scratching the sole of the foot might cause the big toe to go upwards, called a Babinski sign. Decreased feeling to light touch, vibration and pin prick sensation can occur in one or all limbs. Balance may be off, especially walking one foot in front of another like on a tightrope. 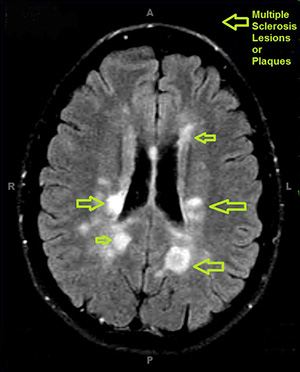 The key to diagnosing MS is primarily magnetic resonance imaging (MRI) scans. With rare exceptions, multiple sclerosis causes changes in the brain and/or spinal cord that can be visualized on MRI imaging. Multiple scars or “sclerosis” can be seen. Active areas of inflammation are bright due to the contrast given in the vein leaking out into affected areas of the brain. These active spots called “lesions” only last 1-2 months. Repair of the nerve coating called myelin can cause the lesion to heal. However, incomplete recovery can leave a residual scar. T2/FLAIR MRI images show all the old and active lesions, a roadmap of previous disease. Some areas of inflammation cause neurological symptoms such as double vision or numbness while attacks to other areas the brain may not cause direct symptoms. White matter lesions are typically not present in people under age 50. High blood pressure and smoking can cause blockage of small blood vessels causing white matter spots in people less than 50.

Learn more about your MRI.

Also, known as a spinal tap. Lumbar puncture is a procedure in which the low back is first numbed with an anesthetic. A needle is inserted into the spinal column and spinal fluid is collected. Your neurologist may perform the lumbar puncture or a fluoroscopy procedure may be done using an X-ray machine to guide a radiologist. The most common side effect is a headache afterwards. The headache is worse upon standing and resolves when lying down. Usually the headache resolves in a few days. If ongoing, a doctor can take blood from your arm and inject in low back, called a blood patch. Other risks of lumbar puncture include infrequent bleeding, infection or neurological injury.

In the lab, spinal fluid is placed on one end of a Jello-like strip. Antibodies move down the strip due to added electric current. Different “bands” of antibodies can then be detected on this gel strip using a fluorescent light. 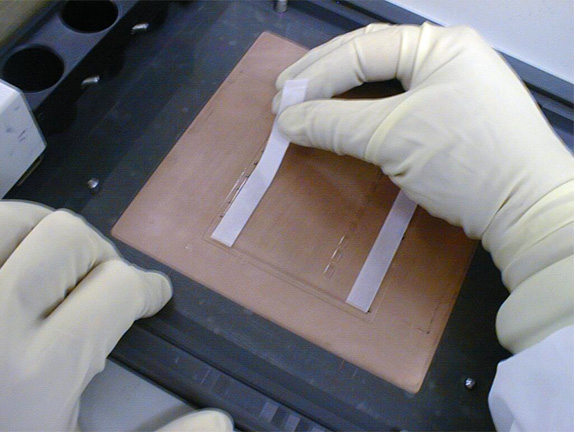 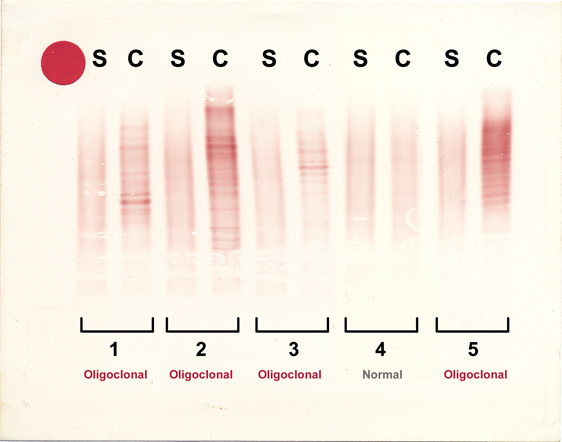 Columns or lanes labeled “C” for cerebrospinal fluid have horizontal red stripes or bands of antibodies except for specimen 4 (seeing numbering on the bottom). Columns labeled “S,” for serum or blood, lack bands. Only bands present in spinal fluid and not blood count towards oligoclonal bands to diagnose MS. Of note, oligoclonal bands can be present in other neurological conditions. 
Picture Courtesy of Helena Laboratories USA

This visual test can be useful in checking for possible injury to the optic nerves, the nerves that connect the eye ball to the brain. A person looks at a checkerboard pattern on the wall. Electrodes are placed on the scalp. The back of the brain (occipital lobes) contains the processing area for vision. When this area of the brain receives the checkerboard visual signal, the brain creates an electrical impulse which can be measured. The total time from seeing the checkerboard image to the electrical impulse in the back of the head should be around a 1/10 of a second (or 100 milliseconds). Because a positive electric wave is generated at 100 milliseconds, the test is call p100 latency.

If MS has affected one eye, that eye may receive the signal much slower so the p100 latency may be longer such as great than 110 milliseconds. 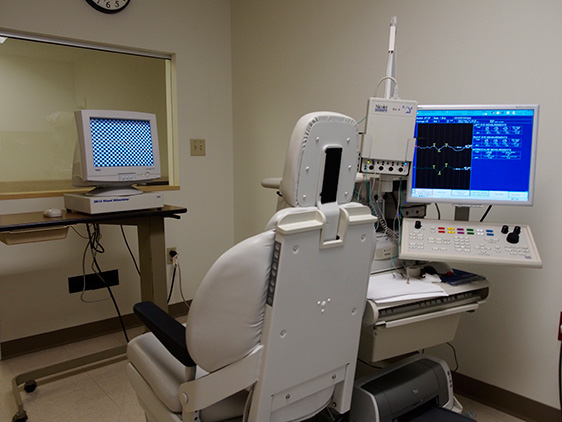 A series of blood tests can be useful to screen for alternative diagnoses besides multiple sclerosis. To screen for rheumatologic (joint) diseases, blood test may be ordered include ANA (for lupus), rheumatoid factor (for rheumatoid arthritis), ESR (general sign of inflammation), ENA (for Sjogren’s) and anti-cardiolipin antibody panel. Many neurologists will also check B12 levels, TSH (for thyroid function), and ACE (for sarcoidosis). To screen for an infectious cause for neurological symptoms and white matter changes, blood tests may be ordered for Lyme disease, syphilis (RPR), HIV and HTLV. Neuromyelitis optica (NMO) antibody test is an important blood test to assess for a similar disease to MS that often causes optic neuritis and spinal cord inflammation (myelitis).